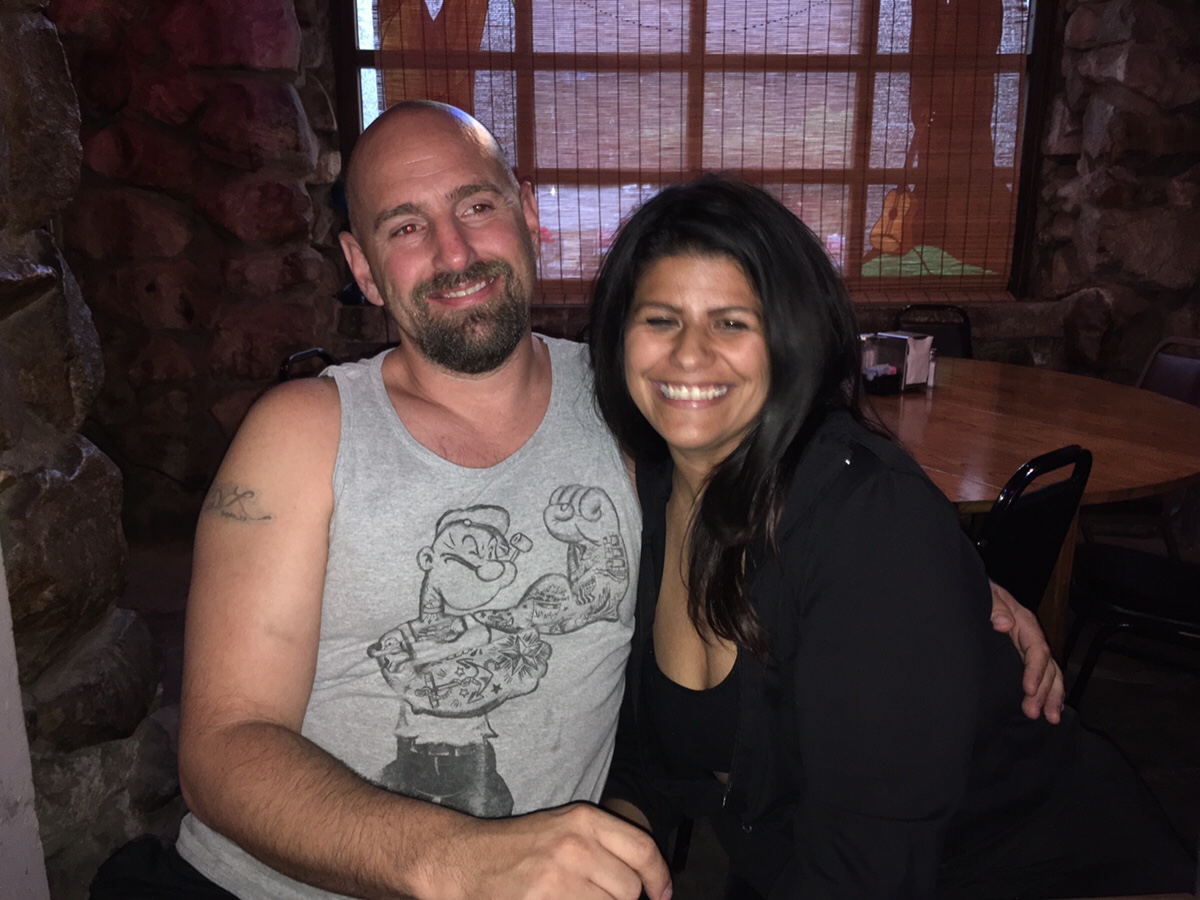 In honor to Eric and Alexis this one is in English

As we arrived on the desert floor a few miles before Hikertown we decided it would be a nice idea to hitch the remaining miles to Wee Vill market. Little did we know… in the middle of nowhere there ain’t any uber drivers waiting for hungry hikers (we tried for over thirty minutes to contact a driver, but non would respond). Moral was low as we knew it wouldn’t happen, as all of a sudden a car drove up the road. Sandra took the change and signaled for a hitch. What are the chances that they will stop… near zero. But surprise surprise, they stoped… and even where willing to drive us to Wee Vill Market.

Eric (the driver) did know the PCT and did live on this desolated road a long time ago (As kid) and only because he knew about the PCT did he stop.

We talked about the trail, about this region, about his backpacking experience, how long we have been on trail and so on. Halfway to the Market he and Alexis his wife decided, that there was no way the Market could have any suitable, good tasting meals for three hungry hikers and so he pulled a u-turn and drove in another direction.

What we had hiked in the past two days we backtracked within twenty minutes with the car… a few miles before Green Valley we stoped at a rustic, old and charming restaurant. There we got a wonderful meal and real beer 🙂 The „805“ is one tasty beer.

And the most amazing part of the evening… Eric did pay for our bills… That blew us away… How can someone be that generous to three strangers they met not even two hours ago.

After the meal he drove us back to the market. Another thirty minutes and adding to the existing two hours he had to drive back home. Incredible people those two.

There is a saying…

„The Trail provides…“ and it is so true. Thank you Eric and Alexis!